The Top 5 Media Companies in Canada

When you want to advertise in Canada, it’s natural to only want to work with the best of the best. Canwest Global Corporation is one of the biggest private sector Television Broadcasting Company in Canada. This organization was founded in 1974 by Gerald W. Schwartz, Izzy Asper. It’s headquarters is in Winnipeg, Manitoba at Canwest Place. It holds a number of Radio and Television Broadcasting Assets in a number of countries primarily in Canada. Although it owns a number of television stations in Canada, still they are trying to establish a third Canadian network to compete with government owned CBC and CTV. Canwest continued to expand internationally and exploring new opportunities in other parts of media spectrum. Bell Global Media is second most reputed Media Company in Canada. It was founded in late 1960 by Bassett and Eaton families, Joel Aldred and Ted Rogers, and Foster Hewitt in a much smaller role. Initially the name of this organization was Baton Aldred Rogers Broadcasting ltd. In 2011 its name was changed as Bell Media. Bell Media provides Broadcasting and Production Services in Television, Radio, Digital Media and Internet Properties including Sympatico.ca It also offers Out of Home Digital Advertising with companies more than 30,000 advertising faces. 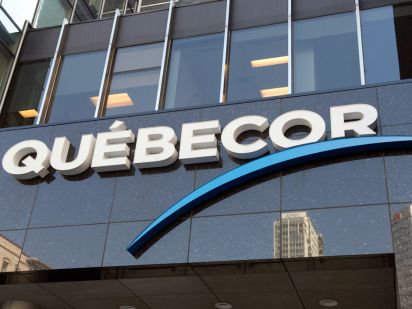 Quebecor is the third largest Mass Media Company in Canada established in the year of 2000. Its head office is in Montreal, Quebec, Canada.  Its products are Cable Television, Newspaper and Broadcasting.  This company has assets in telecommunications, entertainment, culture, and news media. It also owned most popular Magazines some of them are Canadian Living, The Hockey News, Elle Canada and Style at Home. It also tries to maintain its position in Digital Marketing Field. Overall, Quebecor is a full service mass media company providing advertising services in Canada. Torstar is the fourth and foremost media company in Canada founded in the year of 1958. The head office of Torstar is situated in One Yonge Street Toronto, Ontario. Employee’s strength in Torstar is more than 4000 and its President is John Boynton.  All the major operations of Torstar are divided into three main divisions which are Star Media Group, Metroland Media Group, and Digital Ventures (VerticalScope). Torstar is listed in Toronto Stock Exchange. It has grown its portfolio operations in Canada, United States and more around the world. CTA Media is a media research, strategy, planning and buying group specializing in Canadian advertising. Our team is filled with experts with experience navigating the Canadian media landscape. We pride ourselves in understanding client goals and developing a unique and effective targeting strategy for each campaign. We’re focused on utilizing all media channels to drive value and discover actionable insights that create value for our clients. Contact us today!